Board announces new trustees and officers, thanks outgoing members 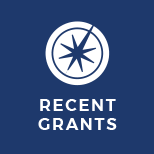 Board of Trustees elects three new members and 2018-2019 officers, thanks outgoing Trustees

Three new Trustees welcomed to Board

The Northland Foundation Board of Trustees has just announced the election of three new Trustees and the 2018-2019 Officers. In addition, two Trustees completed their nine-year terms and retired from the Board as of August 2.

"Our Board is focused on diversity of representation by geography, age, background, ethnicity, and interests. The process they designed this year to seek new members attracted an outstanding pool of applicants," said Tony Sertich, Northland Foundation President. "We could not be more pleased with the outcome."

The three newest members of the Board are:

Mary Harrelson, Grand Portage Reservation, is a member of the Minnesota Chippewa Tribe, Grand Portage Band. She is a licensed psychologist and owner of Mary Rademacher Psychological Services, serving the people of Grand Portage and elsewhere. She attended Southwest State University and Mankato State University, majoring in psychology and minoring in sociology/anthropology. Harrelson has also been engaged in Restorative Justice Circles and has performed Social Security evaluations in Cook County for the past 18 years.

Sumair Sheikh, Duluth, is the Career & College Readiness Specialist with the Duluth Public Schools - ISD #709’s Office of Education Equity. He holds a Bachelor’s degree in biological science, a secondary teacher certification, and a Master’s degree in Advocacy and Political Leadership. Sheikh has served as a volunteer in an array of community groups, including as a facilitator for community dialogues.

JoAnn Smith, International Falls, is a business consultant with Koochiching Economic Development Association and Small Business Development Center. She has Bachelor’s degrees in both mechanical engineering and business administration. In addition, Smith has experience as a small business owner and holds an ASQ Certified Six Sigma Black Belt Certificate.

Thanks to outgoing Trustees

Two Trustees have retired from the Board following their dedicated service encompassing three, three-year terms.

Lynn Goerdt, Duluth, and Nevada Littlewolf, Virginia, completed their ninth and final year of service on the Board. The outgoing Chair, Steve Downing, Grand Rapids, will remain for a tenth year as Immediate Past Chair. The Trustees and staff of the Northland Foundation recognized their contributions to the Foundation and the region at the August 2, 2018 annual meeting.